So, what’s the difference between bay windows and bow windows? Bay windows usually consist of a large central window projecting away from the house, which is flanked by smaller windows on each side. Our bay windows are available in four projection angles, ranging up to a 90-degree box. Bow windows, on the other hand, combine four or more windows that sweep away from the wall in a graceful arch. Both bay and bow windows can be installed in large window openings. We offer our bay windows in several styles, many of which can be combined to create the perfect look for your home. 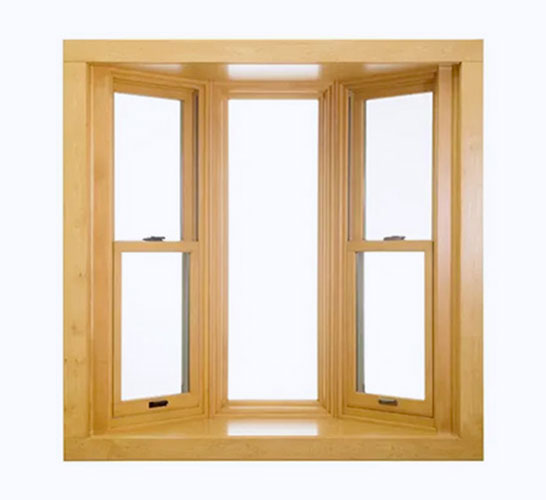 The Renewal By Andersen® Bay and Bow Window Advantage

Here are some other things to love about Renewal by Andersen® bay and bow replacement windows:

Our bay and bow windows come in a range of colors to complement your home’s architectural style and your personal taste. Renewal by Andersen’s range of custom colors also includes dark tones that you just won’t find with vinyl. Each window can be personalized even further through our selection of hardware options and window grille patterns.

Ready to take the next step? Call Richmond Window today to schedule a FREE in-home window consultation. We’re proud to install our timeless bay and bow windows in Richmond, Charlottesville, Fredericksburg, Chesterfield, and beyond.

The Renewal by Andersen® replacement window color palette will match and complement your home. Our different color combinations have been carefully chosen to coordinate with a wide variety of building materials and popular colors. You can choose the same color for both the exterior and the interior, or you can combine your choice of exterior color with a stainable wood, white, or canvas interior.

Choose from our standard hardware or upgrade to the Estate™ hardware collection. Both choices add a beautiful finishing touch to your windows.

Hardwood grilles snap into clips on the sash interior and remove easily for glass cleaning. Contemporary or classic profiles in two widths. Hardwood grilles snap into clips on the sash interior and remove easily for glass cleaning. Contemporary or classic profiles in two widths. Grilles Between the Glass 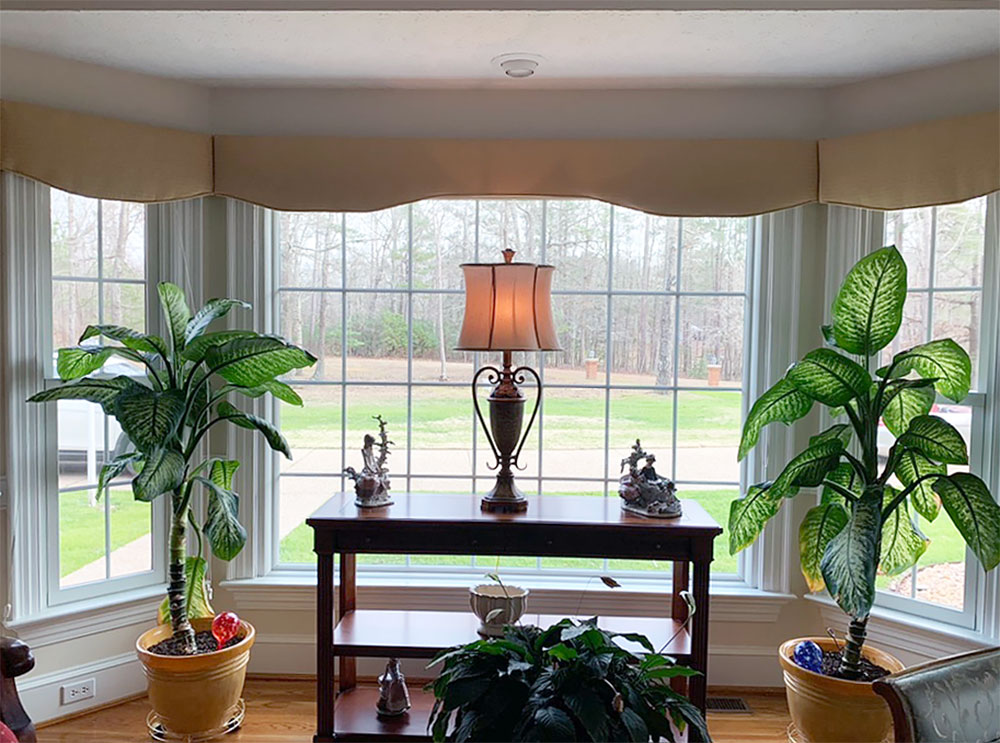 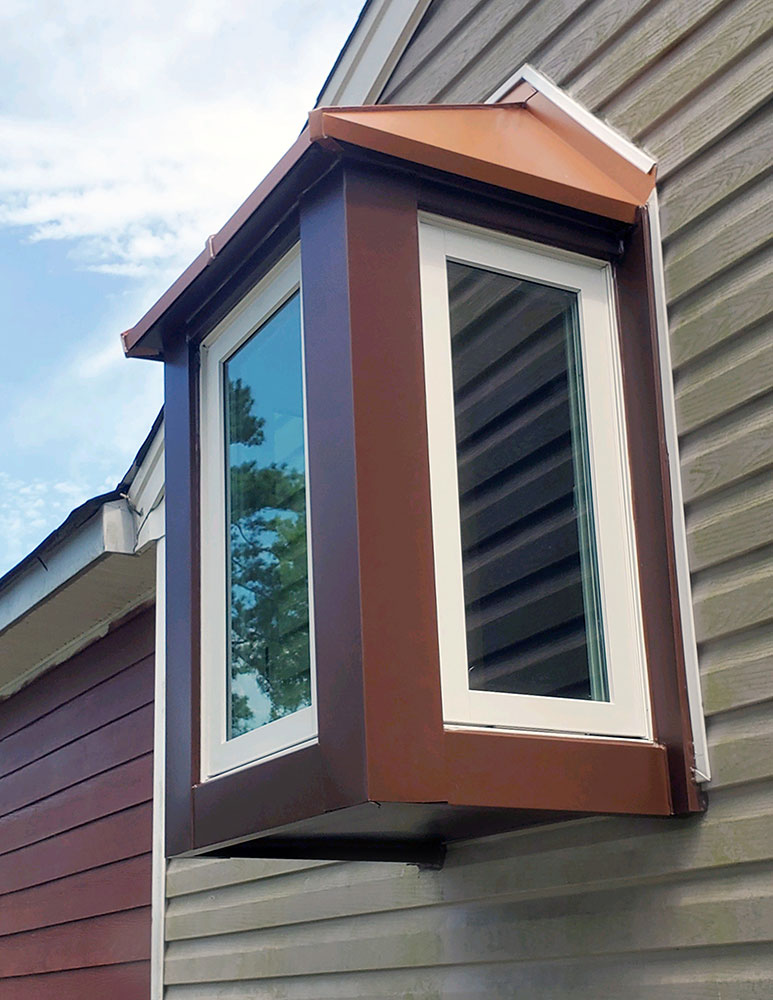 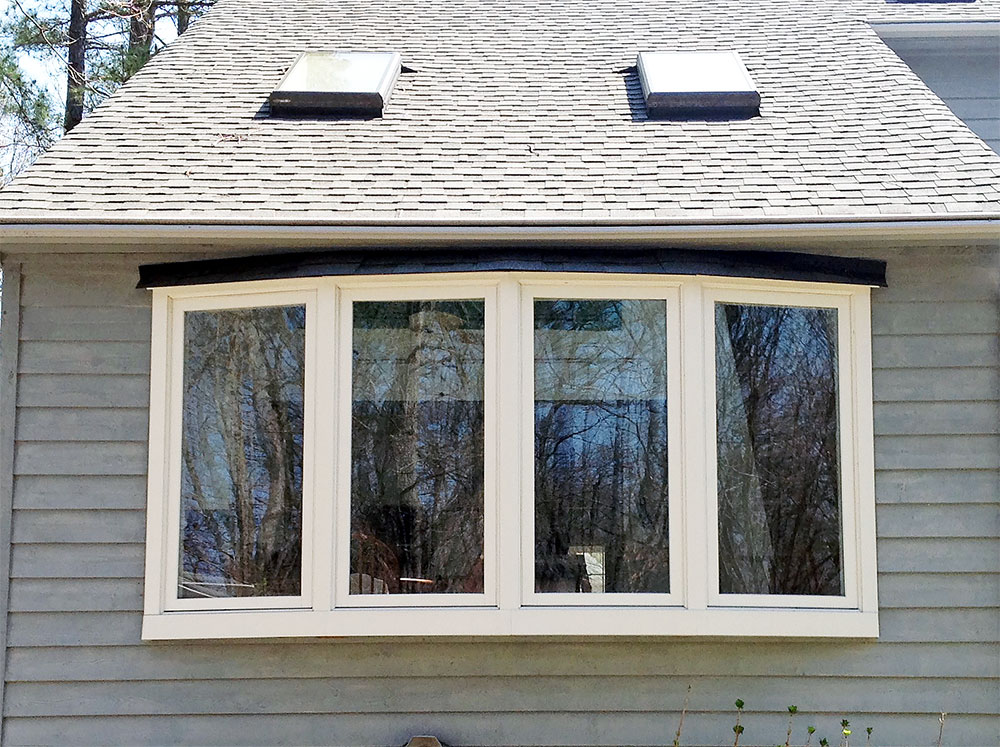 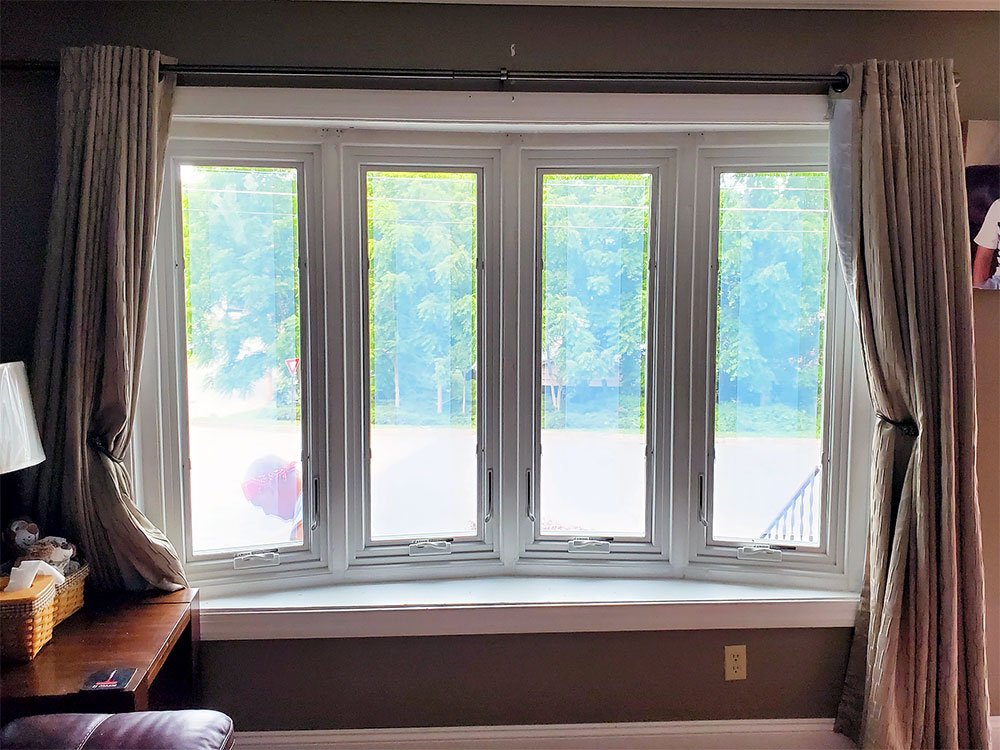 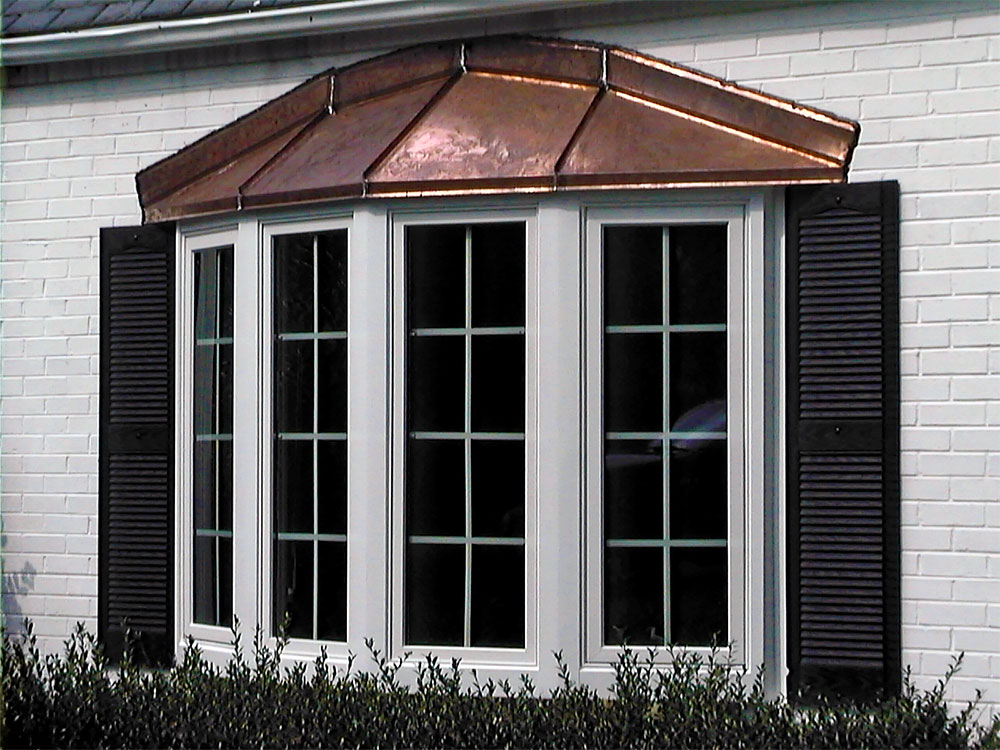 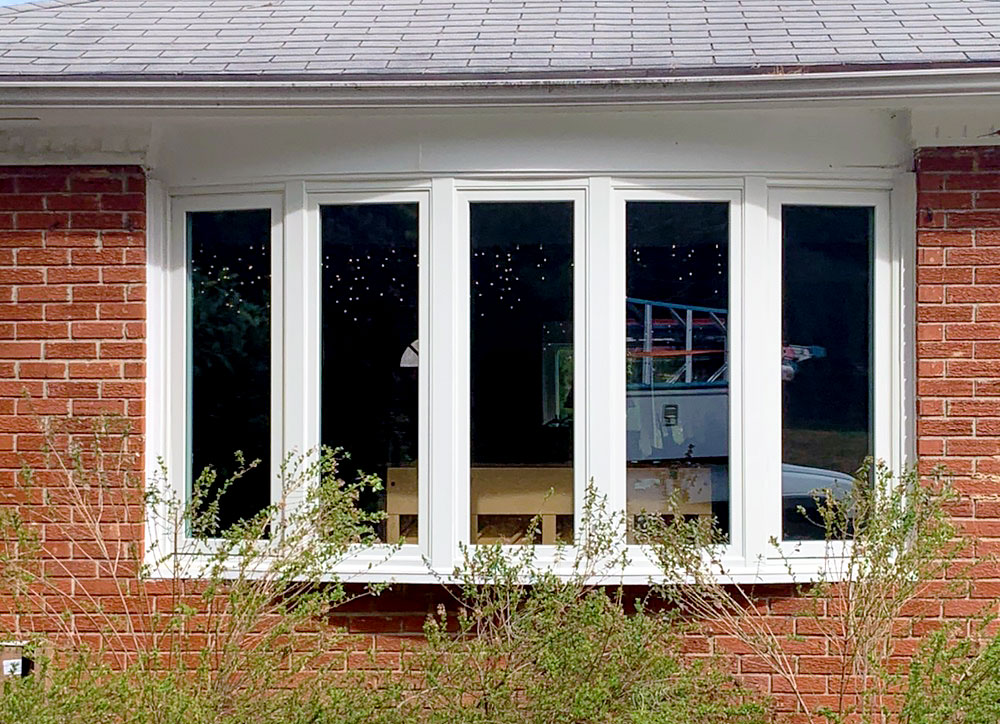 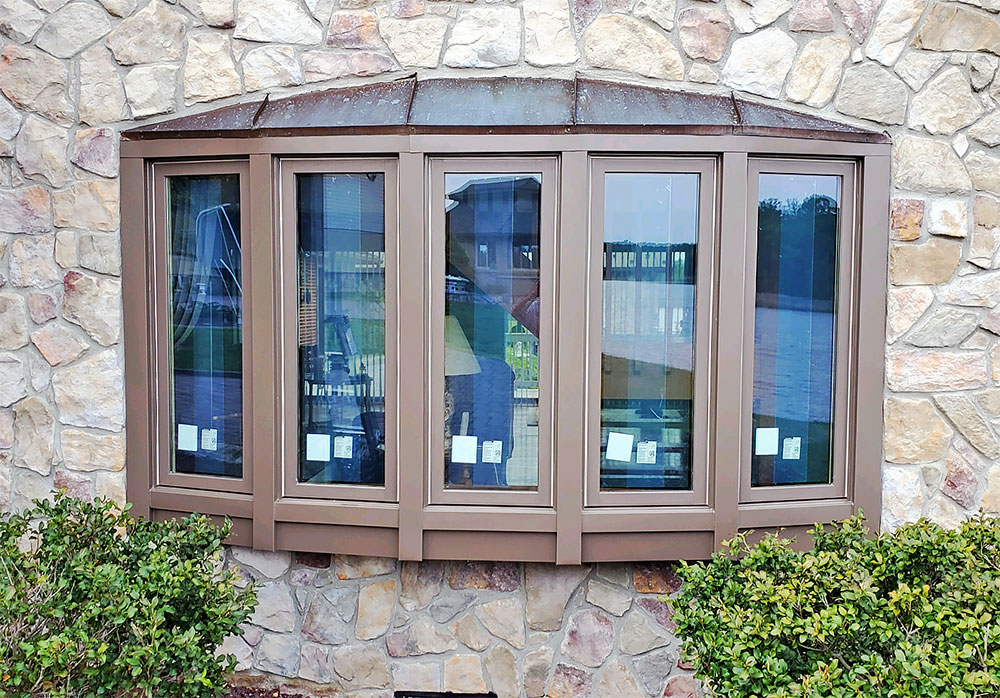 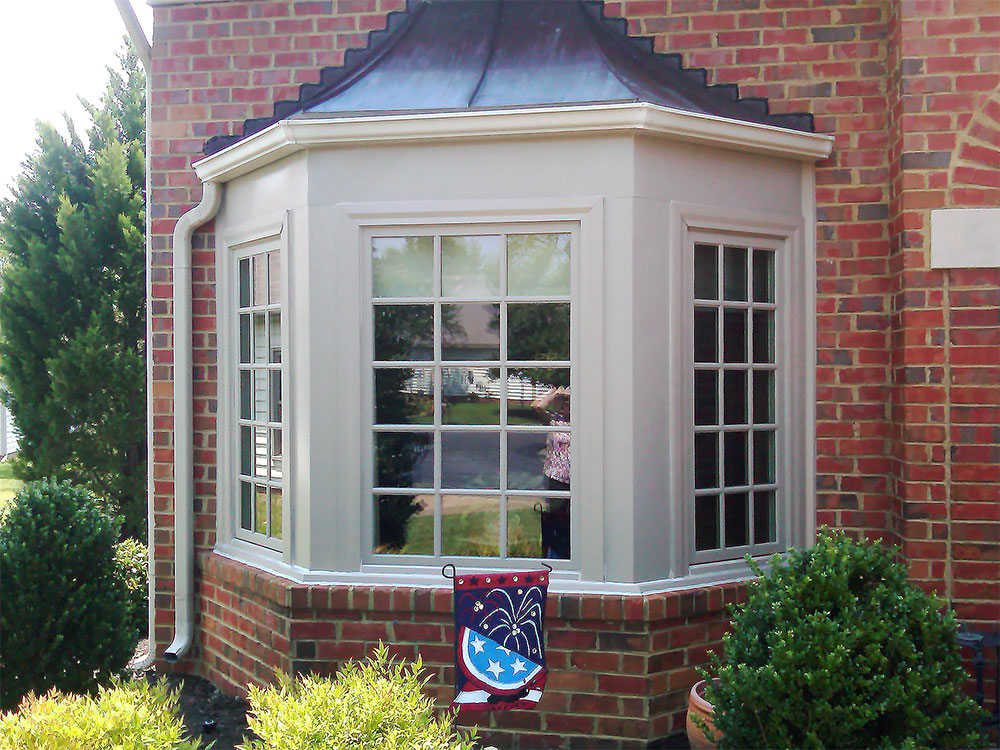 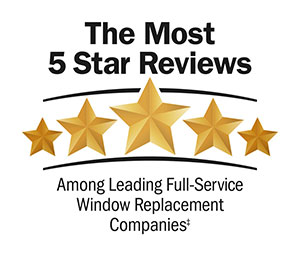 “I highly recommend Richmond Window for your next window and door project. We are extremely pleased with our Renewal by Andersen windows which were installed flawlessly with every detail addressed. From the awesome sales experience to the exceptional installation, everything was done professionally and skillfully. Richmond Window was not satisfied until we were satisfied. I can’t say enough about the great job they did.”

“I highly recommend Richmond Window Corp. Best of the Best is all I can say, the product (for us 7 windows and 3 sliding doors) is superior to anything we have had in the past. The service provided, was unbelievable, professional, always on time and done with perfection. The salesperson, the men doing the measuring, the installers, I can only say – If you want the best, call these people and you will get the best from the beginning to end. From very satisfied customers in Varina, Henrico County.”

“We just had three 23-year-old failed sliders replaced. We have used Renewal by Andersen for a previous home and found the product superior. The Install Team Customer Service was exemplary. Everyone at Renewal by Andersen is on the same team and that team is all about exceeding our expectations as customers. The installers were impressive, knowledgeable, and assured the product install was perfect. We hope to use this Renewal by Andersen team for window replacements in the next year. Job well done, Ricky and Team!”

“Very nice windows. The entire process from sales through installation was clearly explained. Each person we encountered was pleasant and very willing to listen and explain any questions. The installers were careful, considerate, quick and cleaned up well.”

“My installers were great! They were very neat and tidy, not leaving any mess at all. Friendly, courteous and I could tell that they loved their jobs! My Design Consultant is also great. He checked with me numerous times throughout the process and was always prompt in responding to questions. I love my new windows and doors! (I can’t wait to see my electric bill go down either!)”

“I had a fantastic experience. From the beginning to the end. Professional and knowledgeable. I have historic windows and needed to receive permission from the local commission. the team at the company helped me with preparing and presenting at the meeting. The installations were seamless. The crew were professional and kind. Cleaned up after the work.”